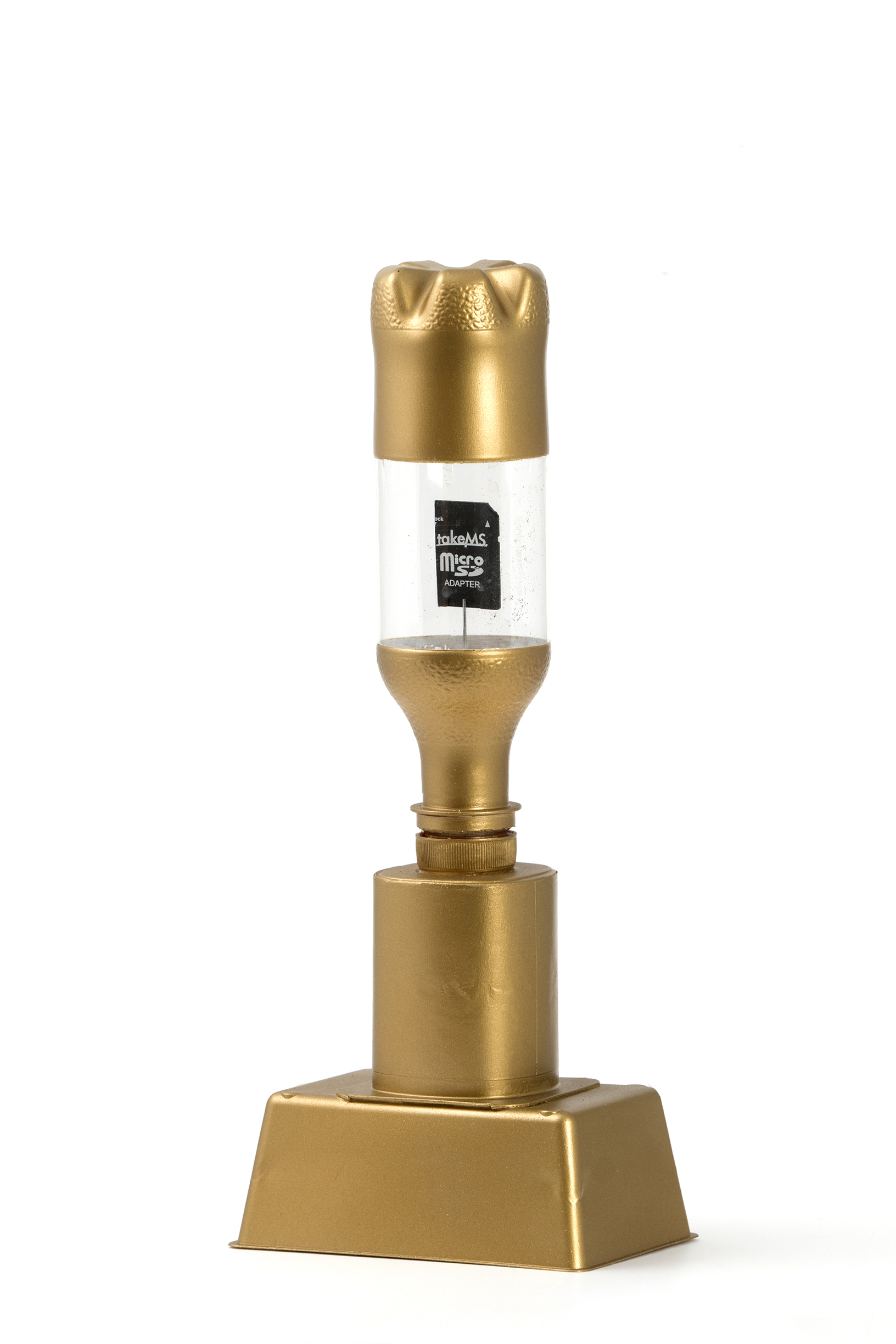 SD card with the performance of Ladik Katalin’s Fountain that was presented at UrbsArt Festival in Rome on 27th April 2018.

Katalin Ladik poet, performer, actress who carried out a performance, of “The Fountain” at the UrbsArt 2018 festival.
I recorded several parts of this performance. The show had a great impact on everyone who was present.

The Personal reliquaries series contains 8 pieces however each piece is interpretable individually.

Exhibited:
2019: Roman Anzix (Postcards from Rome), Hungarian Academy in Rome, Italy
2018: To see Rome and die – I hope I will survive (An exhibition by Norbert Tóth* – Not the football player,
not the basketball player, not the historian, not the gallerist etc.), Town Concert and Exhibition Hall,
Zalaegerszeg, Hungary

I created the personal reliquaries series during my scholarship in Rome.
These works are about preserving memories and experiences in objects. They are also about the belief in objects,
the time and the stories.

If an object comes in contact with a person we admire or it plays important part of an event,
it gets charged with energy and it becomes a document of the moment, a material memory and a relic.

Over time the new layers that deposit on the object, makes it even more significant and valuable.
However this filling can completely wear out and can make the once important and valuable
objects worthless and insignificant.

I tried to condense all the experience I had into objectives then I placed these objects in self-made reliquary.
Some people and memories became very important to me in Rome.

I wanted to keep as many memories as possible.
I tried to compress these experiences in objects which i then put into self-made reliquaries.